“It’s an interesting book about the Islamic point of view on Jinns from the Quran and the Sunnah of Prophet (PBUH). It also describes the groups of believers of Allah and non believers who follow the path of Shaitan.
“

“Acknowledgements
The Author Name(s) wishes to thank all those friends who helped in making this book available to the readers.
The Author Name(s) wishes to thank Dr. Yusuf Kamaluddin (Yao-Keng) Chang and his wife, Audrey, for their tremendous help and moral support during the last few years.
Thanks and appreciation go to FAITH (Foundation of American Islamic Teaching & Heritage) and their Board members, especially the Vakil brothers (Abu Bakr, Usman, Farooq, Ishaq, Iqbal and Akhter) and their respected families in rendering their help and support to the Author Name(s) and the Foundation to publish this and other books. To them they made it as a Sadaqah Jariyah (perpetual charity) on behalf of their late parents Umar and Amina Vakil. May Allah bless their souls and grant them paradise. May Allah reward the Vakil families for their support. The Foundation encourages friends of the Foundation to follow suit.
Moreover, the Author Name(s) wishes to thank all the respected brothers and sisters who have helped previously and are still helping. Among the many are Mr. Asad Khan and his wife Sister Azma Khan, Mr. & Mrs. Javid Habib, Mr. & Mrs. Abdul Wahab, Mr. & Mrs. Saghir Aslam, Dr. & Mrs. Nadim Daouk, Dr. & Mrs. Arshud Mahmood, Mr. Refat M. Abo Elela, Dr. & Mrs. Zeyd A. Merenkov, and many more.
Special thanks and appreciation to Sister Maliha M. Mahmoud for her assistance in designing the text’s layout, word processing and proofreading.
Dr. Ahmad H. Sakr
Dr. Ahmad H Sakr obtained his Ph.D. from the University of Illinois in 1966. While studying in America, he was a founding member and president of the Muslim Students’ Association of the USA and Canada, currently known as the Islamic Society of North America (or ISNA), a mother organization in North America. Dr. Sakr was also a founding member of the World Council of Mosques whose headquarters is in Makkah. He was the first director and representative of the Muslim World League to UN.
Furthermore, Dr. Sakr is an educator and has taught in several universities. In 1973, he was selected as an Outstanding Educator of America. He is also an administrator and has served in numerous capabilities at various American universities, the last of which was as the Acting President of the American Islamic College in Chicago. In 1976/1977 he was selected as a Community Leader and a Noteworthy American.
Currently, he is the president of the Foundation for Islamic Knowledge. Director of the Islamic Education Center in Walnut, California, a member of Operation Safe Community, member of the Walnut Interfaith Council in California and a board member of the Islamic Food and Nutrition Council of America (IFANCA).
Dr. Sakr has appeared on ABC’s “”Nightline”” as well as the Canadian Broadcasting Corporation (CBC). In addition, he has made numerous radio and television appearances. He has also organized and coordinated many national and international conferences. Additionally, he is a well known writer and has written a series of books and booklets on Islam, food, health, behavior, terrorism, fundamentalism, Khutab, and orations. At last count, he had written over forty five (45) books and booklets not counting the innumerable articles he has Author Name(s)ed.
Dr. Sakr’s approach is to build a bridge of understanding through commonalities with Muslims and non-Muslims. The latest visit was to the Vatican in Italy where he participated in a Dialogue with the Bishops, Cardinals and the Pope.
“ 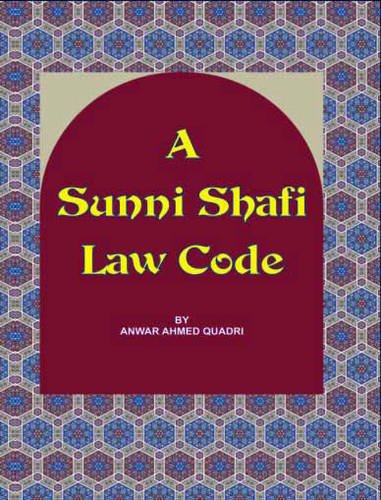