“The position of women under Islam has been the subject of repeated controversy among educated Muslims, since they came under the impact of Western civilization. In this book Author Name(s) has ably tried to show how Islamic injunction in regard to the regulation of sex and family life can be adapted to modern conditions without departing from the principles underlying them.
“

“PREFACE
The position of women under Islam has been the subject of repeated controversy among educated Muslims ever since they came underthe impact of Western civilisation. It is still a live issue capable of generating much heat and passion. In this book an attempt has been made to analyse the position as objectively as possible.
It has been the basic stand of The Institute of Islamic Culture ever since it came into existence and formulated its approach to existing social, political and economic problems that Islam is not a rigid framework of laws and institutions, but a set of principles capable of fresh application in changing social conditions. Consistently with this view, have tried to show how Islamic injunctions in regard to the regulation of sex and family life can be adapted to modern conditions without departing from the principles underlying them. In this approach towards Islamic injunctions we dialer both from the orthodox theologians and the Westernised Muslims. The former maintain that every single, specific injunction of Islam is eternally valid and unchangeable. The latter advocate changes which are sometimes repugnant to the total world-outlook of Islam and contravene its basic principles. We admit the need of change but only within the framework of fundamental Islamic values and general underlying principles whose validity remains unaffected by the varying conditions of social progress.
The rights of women versus those of men spring from sexual, biological and social realities not from romantic idealism uprooted in scientific facts. A civilisation’s attitude towards women is largely determined by its total pattern of life and particularly by the view it takes of sex life in all its manifold manifestations. The importance of sex life and its general influence on men’s conduct was not fully realised until very recently. Modern researches on sex psychology have down attention to the wide ramifications of the sexual impulse in everyday life. In this respect Islam anticipated much of what the modem man has recently learnt. No other religion realized to the same degree the importance of sex in moulding human conduct for good or ill.
Islam’s insistence on sexual purity and the preventive measures it devised to ensure a healthy sex life reveals a deep insight into sex psychology and shows its -awareness of sex as a vital factor in strengthening or destroying a civilisation. For, it is clear that sex, like economics, is one of the most vital determining factors in molding the future of a people. A civilisation which can successfully regulate its sex and economics is able to endure longer than one which leaves them unregulated or regulates them badly. Islam has adequately dealt with both. In determining the respective rights and obligations of men and women, it has kept in view the depth and extent of sexual urges and their repercussions on economic life.
For, sexual life has its economic consequences which are sometimes lost sight of. It is not right to view sexual life in isolation. No aspect of life can remain unaffected by others. Interaction and interpenetration of different habits is a vital psychological fact. In studying Islamic injunctions with regard to the private and public life of men and women, the fact should not be overlooked.
M. Mazherudin Siddiqi
“ 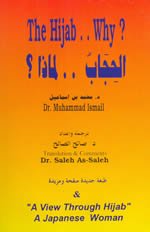